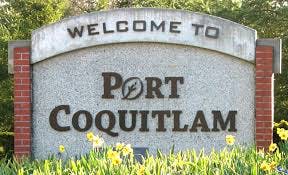 Located between Pitt Meadows and Coquitlam, Port Coquitlam is divided into a north and south side by Lougheed highway. “PoCo” is an up and coming area with new construction occurring throughout the city.

Recently updated Lions Park is located in the heart of downtown right next to the Coquitlam River. The park has been torn down and built back up to be one of the best playgrounds in the lower mainland as voted by readers of the Vancouver Sun. The park includes a zip line, 1,200 square feet of picnic shelter and water park.

Just down the river from there and along the Port Coquitlam Trail, Port Coquitlam offers Gates Park which includes a ball hockey rink, baseball field, basket ball court, playground, soccer field, softball diamond, tennis courts as well as an out door gym and just minutes away from Riverside Highschool. Port Coquitlam has many other schools including private schools and Terry Fox named after none other than the world famous Terry Fox who is originally from Port Coquitlam.

Gilnetter Pub
Located in south side PoCo the Gilnetter offers lunch on the water Over looking views of the Fraser River. Their menu focuses mostly on seafood as well as a brunch buffet on Sundays.

Cat & Fiddle Pub
Mostly known for their awesome wings Cat & Fiddle is an awesome place to get together with friends or even watch the fights. They have also raised thousands of dollars over the years to support local charities